The signing of Olivier Giroud in January created a revolving door effect across the transfer market. The move facilitated Arsenal’s purchase of Pierre Emerick-Aubameyang as Borussia Dortmund were waiting to line up a replacement, which came in the form of Michi Batshuayi.

The Frenchman moved to Stamford Bridge in search of first-team football. Olivier Giroud didn’t take too kindly to the signing of Alexandre Lacazette as he didn’t feel he would then get the sufficient playing time in light of the world cup this summer.

Since moving to Chelsea, the 31-year-old has directly contributed to 2 goals in 3 appearances. However, his starting spot in the league is under doubt as he’s still competing with Álvaro Morata. Even with that, neither of the two started the blockbuster tie with Barcelona as Antonio Conte instead opted to start Eden Hazard at false 9.

Against Manchester United, it would be suicide for the Italian to do the same, either Morata or Giroud needs to start. Let’s analyse it.

A case for Olivier Giroud

In his time at Arsenal, the Frenchman was often lambasted for his lack of pace and composure in front of goal. That’s why the fan base claimed he would never be good enough to be the first choice, but that was no fault of his own as Arsene Wenger persisted with him as no.1. But what the 31-year-old lacks in pace, Olivier Giroud more than compensates for in other areas.

Giroud is one of the most lethal aerial threats in world football, on average he wins 4 aerials a game. That kind of aerial dominance gives Chelsea a whole another dynamic, allowing them to now play long balls over the top. But the Frenchman is not just a target man; he possesses a great technical ability. Giroud has often been heralded for his linkup play, and with him up front, the Blues have a focal point to play off.

A case for Álvaro Morata 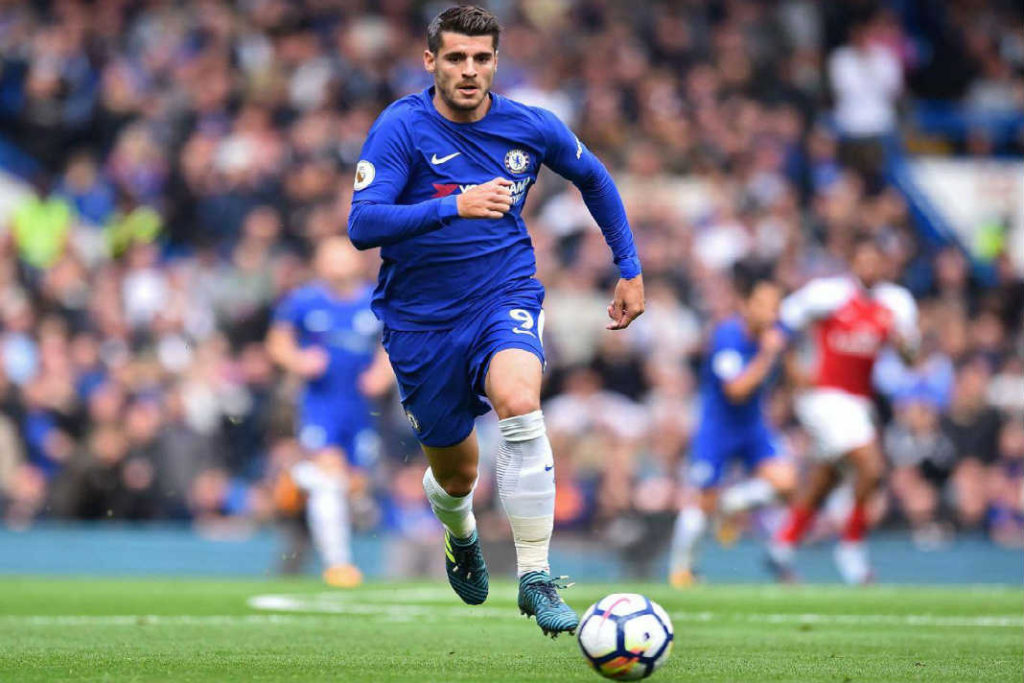 Since coming to England, the Spaniard has netted 12 times in 33 appearances. That’s ok for a striker but for a £60m-rated forward, that’s not good enough. Like Giroud, Morata has a decent aerial presence.

However, the Spaniard’s technical attributes aren’t up to standard as he’s often found himself chasing his first touch. This has, of course, downgraded his ability to link up with others in the team. But in contrast to Giroud, the Spaniard has electric pace. With Morata, Chelsea would be able to play a counter-attacking style at Old Trafford, allowing them to break with speed.

Depending on what style of play Antonio Conte wants to adopt, either striker could be an effective option for Sunday’s game. Seeing as the Blues will be away from home, the Italian will be more inclined to play on the break. That tactic requires pace up front, thus meaning Álvaro Morata should be the one to run United’s defence ragged. Olivier Giroud coming off the bench gives the Blues a variant attacking option that can change the way the team operates in the final third.